On the day I picked up my Canon EOS 5D Mark II body some years back, I had a Canon brand screen protector applied for the very same reason when I got my second 5D Mark II body — to protect the screen from scratches and damage like we all do with our prized smartphones. I never liked the idea of adhesive based screen protectors because removing them later would be difficult due to the residue they tend to leave behind. I had assumed these would have been safe because they’re made by Canon but I was wrong. Last week I tried to peel the protector off and to my horror the glossy layer came off leaving behind a hardened stubborn residue with a matte finish (as you see in the picture right below).

I immediately searched the web for safe solvents I can use that would not attack the plastic screen. The last thing you want is to use a corrosive solvent that attacks the screen leaving it permanently opaque. I found suggestions of WD40 to effectively remove sticker residue but it didn’t help at all. Next, there was mention of Eucalyptus oil (I was running out of household items to try that are intrinsically safe. Thankfully this works …

Apply generous amount of eucalyptus oil to cover the adhesive residue and leave it to soak for a few minutes. The idea here is to soften the layer to prepare for the next step — scrapping the adhesive off using a credit card (I used what was within reach at the time, my Canon CPS membership card).

Be prepared to do a lot of here before you begin to see encouraging results. I applied more eucalyptus oil to keep the screen lubed while I continued scrapping — you can only do so much with a plastic card. I finished the job by buffing the screen with a 3M Microfiber cloth soaked in eucalyptus oil until the entire screen is perfectly clean (I’ve had the same piece of blue cloth for many years and have used it to clean my desktop monitor and laptop LCD — amazing technology.

If you’re looking to clean your Canon EOS 5D Mark II’s viewfinder or camera sensor you may be interested in the following posts: Cleaning the EOS 5D Mark II Viewfinder | Focus Screen and Sensor Cleaning

My kitchen balcony has all the elements of good feng shui. How do I know this? Quite simply, the term feng shui literally translates as “wind–water” in English and in that respect, the balcony gets plenty of wind, and rain water, sometimes both :). I’m an early riser, a habit that has followed me since school days and on more than a few occasions I had been blessed with picturesque sunrises especially when you factor in addition of the seasonal flock of white egrets flying in formation over my house.

Pay attention to where the sun is at the bottom of the picture in between the roofs and you’ll see where the following photo was photographed. I donated this framed and mounted piece to help raise money for the earthquake victims of Haiti and Chile.

A completely unplanned road trip from Seria to Bandar Seri Begawan I made yesterday led me to the photo of the magnificent and historic Sultan Omar ‘Ali Saifuddien Mosque, which is quite possibly the most photographed landmark of Brunei Darussalam. Leaving the house, I grabbed the Canon PowerShot G11 from the dry cabinet not realizing then that there wasn’t much battery power left. This photo is one of a series I managed to capture before battery power went out for good.

Excerpt from The Brunei Times …

“POSITIONED majestically on an artificial lagoon near the banks of the Brunei River, the Sultan Omar ‘Ali Saifuddien (SOAS) Mosque stands as among the most magnificent mosques ever built in the world.

With its golden dome and soaring white minarets, the mosque is often pictured as an oasis of serenity amidst the hustle and bustle of downtown Bandar Seri Begawan. The celebration of its golden anniversary heralds the mosque’s unique long-standing status as the heart of the capital and the symbol of Brunei’s deeply-rooted Islamic faith.

The mosque also incorporates Italian and Renaissance architectural styles, but with craftsmanship that reflects classical Islamic architecture. This makes the mosque as one of the most unique Islamic places of worship across the world. The mosque took four years to complete, from 4 February 1954 until 26 September 1958. His Highness Sultan Haji Omar ‘Ali Saifuddien is remembered as the “Architect of Modern Brunei”. During his reign from 1950 until his abdication in 1967, the Sultan steered Brunei safely through the turbulent years following WWII, establishing the foundation for the nation’s independence and sovereignty. Through his determination and dedication, he had implemented the foundation to build the infrastructure, society and economy of modern Brunei and also ensuring the preservation of an independent Malay Muslim Monarchy in the modern world.” 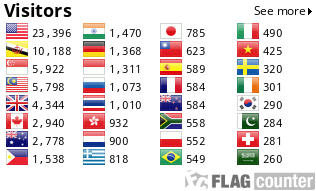